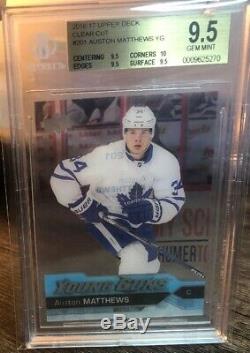 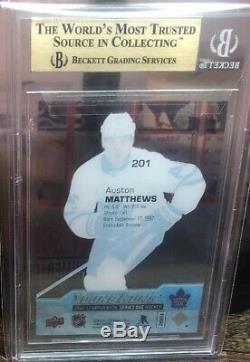 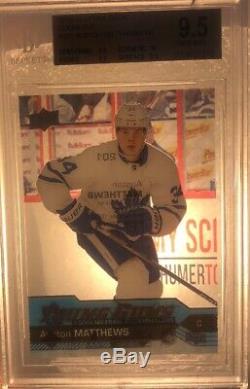 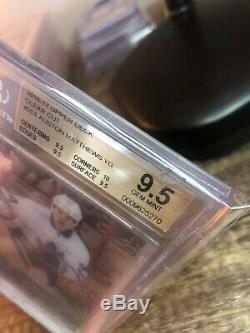 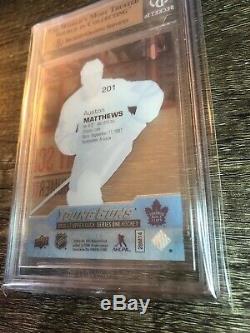 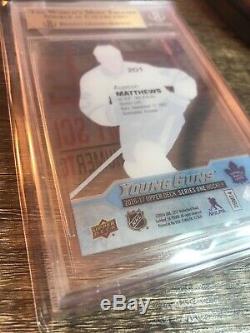 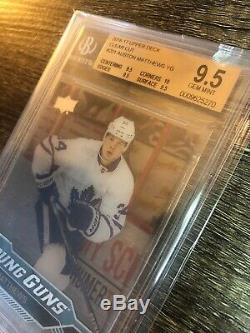 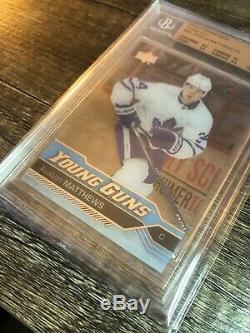 2016-17 Upper Deck Young Guns Clear Cut Auston Matthews #201 BGS 9.5 GEM MINT! Please note that the BGS case is not in pristine condition and has some scratches on the top right as shown in the picture. You cant really feel the scratches to the touch and they appear to be inside of the case.

Therefore this card is priced to sell! It was received from BGS this way and in no way has hurt the card. As with all my graded cards, I trust the third-party grader in their analysis of the card. I received this BGS card and placed in a perfect fit grading sleeve. If there are any questions please ask!